When men and women engage in sexual activity their health improves at the same time. Sexual activity burns fat, certainly a pleasurable way to diet. It also reduces anxiety by releasing endorphins, the natural painkillers that contribute to a peaceful feeling. It is easier to fall asleep after sexual activity. At the same time, cortisol, a stress hormone released by the adrenal glands is flushed out of the body.

During sexual activity, the DHEA hormone levels increase in the body that boosts brain function, stabilizes the immune system, aids in preserving and repairing tissue, and promotes healthy skin. Sexual activity increases sense of wellness by stimulating the hypothalamus gland, which controls appetite, departure, emotions, and the pituitary gland, which in turn regulates the release of reproductive hormones that induce ovulation and cervical fluid.

Sexual activity elevates estrogen levels that keep vaginal tissues supple and protect against osteoporosis and heart disease. It increases levels of oxytocin, a hormone that is associated with bonding, passion, intuitiveness and social skills. Oxytocin, also known as the ‘cuddle” or “ love” hormone is a natural opiate with analgesic properties. Released when people snuggle, bond socially or play with a dog, oxytocin helps prevent psychological and physical problems such as migraine headaches and arthritis, respectively. Women produce more oxytocin than men until around 50 years old when both sexes produce almost an equivalent amount.7

Physical and mental activity, and regular, loving sexual activity are the most important factors to feeling and looking youthful. Endorphins also improve complexion, giving the skin a healthy glow.  A research study indicated that older men and women having sex three times a week can reduce the amount of wrinkles near the eye. The findings based on interviews of 3,500 people, ages 18-102, in Britain, Europe, and the United States indicated that the effect of a loving sex life with a regular partner can make people look five to ten years younger and can predict good health and feelings of well-being. Looking youthful depended on a person’s genetic make-up which was attributed to 25% with behavior responsible for 75%. Sexual satisfaction contributes to quality of life as much as spiritual or religious commitments. Society should adopt a positive approach towards older adults engaging in sexual activity.1

Exercise during sexual activity increases blood circulation that benefits the heart and skin. During sexual activity, hormones and testosterone are released which strengthens men’s bones and muscles. The body’s immunoglobulin A (sIgA) in saliva increases when having sex, making the immune system stronger which helps prevent illnesses and resistance to colds. IgA increased 30 percent more among 112 students at Wilkes University in Wilkes-Barre, Pennsylvania who had sex one or two times a week when compared to those who had sex less than once a week and to those who had no sex.2 A ten-year study of 918 men, ages 45-59, indicates that the risk for mortality was 50% lower for sexually active men experiencing orgasm at least twice a week than it was for men who had a lower rate of orgasms.3

Pain thresholds are elevated during orgasm that provide the ability to block pain, curing migraines and other kinds of pain.4 Strengthening the cardiovascular system and toning the body are additional benefits. Other effects of orgasm are change in breathing, a feeling of warmth, sweating, body vibrations, altered consciousness, or an urge to moan or cry out.

Psychological benefits are also associated with orgasm. An individual’s emotional health is connected to his/her ability to achieve an orgasm.4 The view that orgasm is a total body experience was held by Eastern sexologists and for the most part, not the belief of Western sexologists until lately. When a couple makes love, they share sexual pleasure while strengthening the bond of emotional intimacy that grows stronger when they are satisfied with their sex life.5

Holding hands with a partner is extremely calming. When a researcher administered MRIs to 16 married women, he told them that they might experience a light shock. The women experienced anxiety and caused the images of their brain activity to become bright like a Christmas tree. When the women held hands with the investigators, the stress response was reduced but when they held hands with their husbands, it quieted down. The findings of this study concluded when in people are in a happy relationship, clasping hands reduced stress-related activity in the hypothalamus which reduces the amount of cortisol, a stress hormone that goes through your body.8,9

Are people happier as they age?

Happiness decreases gradually until age 50 and then increases continuously for the next 25 years.  As people age the level of happiness increases and stress and anger decrease. Several studies found that satisfaction with married life decreases after the first child is born and recovers after all the children have left home. People who are married, have friends, and are sexually active correlates significantly with happiness.9

The findings of a research study indicated that people are happier when they concentrate on the now as opposed to thoughts about other things occurring in the past or future.  Focusing one’s mind on the present moment is referred to as mindfulness. Considered a road to well-being, mindfulness has its origin in Buddhism. Most religions have prayer or meditation that encourages you to concentrate on the moment, rather than thinking about daily responsibilities or past disturbing events. 10,11

When people feel happy, passionate or joyful, they often experience physical sensations as a result of chemical changes in the brain and are understood as pleasurable. The theory to explain why people have pleasure centers in the brain is attributed to human survival, achieved by finding food, having sex, and procreating.12

Endorphins, linked with pleasurable feelings, increase the release of dopamine that triggers the reward system relating to positive emotions such as joyfulness and passion. The negative of the dopamine reward system is its relationship to addictions, for example the compulsion to take drugs or uncontrolled gambling. 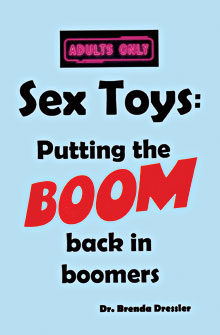